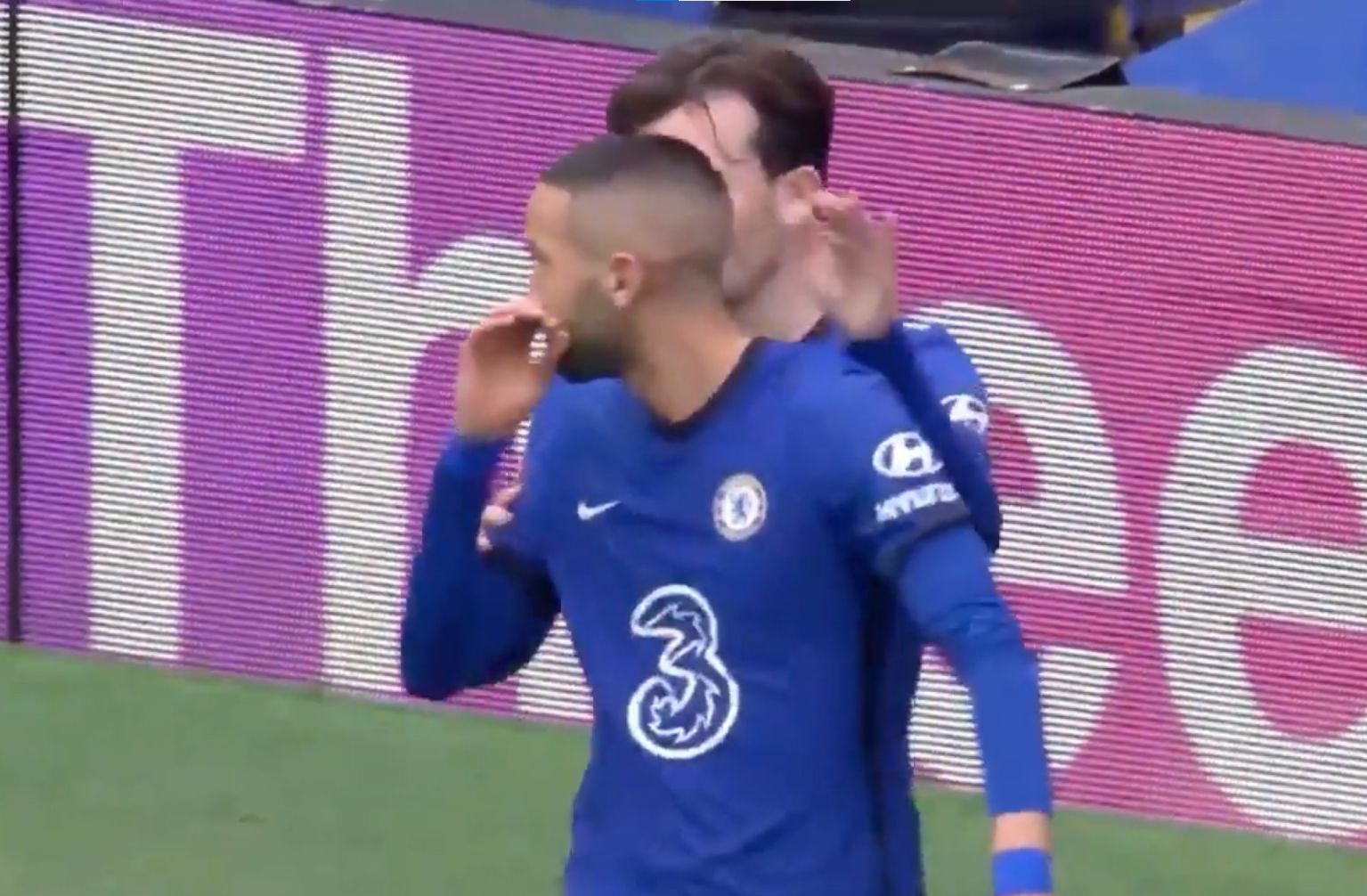 Hakim Ziyech had had a very poor run of games leading up to the midweek match with Atletico this week, and there were question marks about whether he should be in the team at all.

He scored in that game, and then did so again as a substitute against Sheffield United yesterday. After that injury time effort, he raised his hand to his mouth in a “zip it” gesture, presumably to silence the doubters.

That kind of celebration pretty commonplace in football, but it does seem a little premature. He was hardly being hounded out of the club after a 6 month goal-drought: he just got some pretty fair and valid criticism after some bad performances.

We hope his skin isn’t always this thin – it’s going to be hard to make it in the insane, media-fed reactionary world of the Premier League if it is.

Still, we love his moody attitude, and as long as he keeps scoring important goals, he can continue to tell all of us where to stick it.

You can see the moment in the clip embedded here, with footage from the FA Cup themselves: